A Complete Guide to FreeNAS Hardware Design, Part I: Purpose and Best Practices

A guide to selecting and building FreeNAS hardware, written by the FreeNAS Team, is long past overdue by now. For that, we apologize. The issue was the depth and complexity of the subject, as you’ll see by the extensive nature of this four part guide, due to the variety of ways FreeNAS can be utilized. There is no “one-size-fits-all” hardware recipe. Instead, there is a wealth of hardware available, with various levels of compatibility with FreeNAS, and there are many things to take into account beyond the basic components, from use case and application to performance, reliability, redundancy, capacity, budget, need for support, etc. This document draws on years of experience with FreeNAS, ZFS, and the OS that lives underneath FreeNAS, FreeBSD. Its purpose is to give guidance on intelligently selecting hardware for use with the FreeNAS storage operating system, taking the complexity of its myriad uses into account, as well as providing some insight into both pathological and optimal configurations for ZFS and FreeNAS. 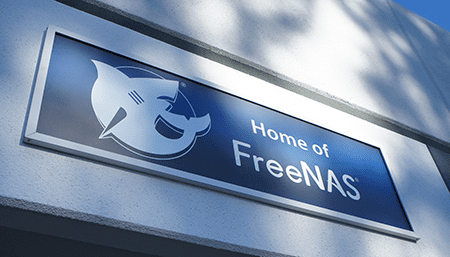 A word about software defined storage:

FreeNAS is an implementation of Software Defined Storage; although software and hardware are both required to create a functional system, they are decoupled from one another. We develop and provide the software and leave the hardware selection to the user. Implied in this model is the fact that there are a lot of moving pieces in a storage device (figuratively, not literally). Although these parts are all supposed to work together, the reality is that all parts have firmware, many devices require drivers, and the potential for there to be subtle (or gross) incompatibilities is always present.

ECC RAM or Not?

This is probably the most contested issue surrounding ZFS (the filesystem that FreeNAS uses to store your data) today. I’ve run ZFS with ECC RAM and I’ve run it without. I’ve been involved in the FreeNAS community for many years and have seen people argue that ECC is required and others argue that it is a pointless waste of money. ZFS does something no other filesystem you’ll have available to you does: it checksums your data, and it checksums the metadata used by ZFS, and it checksums the checksums. If your data is corrupted in memory before it is written, ZFS will happily write (and checksum) the corrupted data. Additionally, ZFS has no pre-mount consistency checker or tool that can repair filesystem damage. This is very nice when dealing with large storage arrays as a 64TB pool can be mounted in seconds, even after a bad shutdown. However if a non-ECC memory module goes haywire, it can cause irreparable damage to your ZFS pool that can cause complete loss of the storage. For this reason, I highly recommend the use of ECC RAM with “mission-critical” ZFS. Systems with ECC RAM will correct single bit errors on the fly, and will halt the system before they can do any damage to the array if multiple bit errors are detected. If it’s imperative that your ZFS based system must always be available, ECC RAM is a requirement. If it’s only some level of annoying (slightly, moderately…) that you need to restore your ZFS system from backups, non-ECC RAM will fit the bill.

How Much RAM is needed?

FreeNAS requires 8 GB of RAM for the base configuration. If you are using plugins and/or jails, 12 GB is a better starting point. There’s a lot of advice about how RAM hungry ZFS is, how it requires massive amounts of RAM, an oft quoted number is 1GB RAM per TB of storage. The reality is, it’s complicated. ZFS does require a base level of RAM to be stable, and the amount of RAM it needs to be stable does grow with the size of the storage. 8GB of RAM will get you through the 24TB range. Beyond that 16GB is a safer minimum, and once you get past 100TB of storage, 32GB is recommended. However, that’s just to satisfy the stability side of things. ZFS performance lives and dies by its caching. There are no good guidelines for how much cache a given storage size with a given number of simultaneous users will need. You can have a 2TB array with 3 users that needs 1GB of cache, and a 500TB array with 50 users that need 8GB of cache. Neither of those scenarios are likely, but they are possible. The optimal cache size for an array tends to increase with the size of the array, but outside of that guidance, the only thing we can recommend is to measure and observe as you go. FreeNAS includes tools in the GUI and the command line to see cache utilization. If your cache hit ratio is below 90%, you will see performance improvements by adding cache to the system in the form of RAM or SSD L2ARC (dedicated read cache devices in the pool).

ZFS wants direct control of the underlying storage that it is putting your data on. Nothing will make ZFS more unstable than something manipulating bits underneath ZFS. Therefore, connecting your drives to an HBA or directly to the ports on the motherboard is preferable to using a RAID controller; fortunately, HBAs are cheaper than RAID controllers to boot! If you must use a RAID controller, disable all write caching on it and disable all consistency checks. If the RAID controller has a passthrough or JBOD mode, use it. RAID controllers will complicate disk replacement and improperly configuring them can jeopardize the integrity of your volume (Using the write cache on a RAID controller is an almost sure-fire way to cause data loss with ZFS, to the tune of losing the entire pool).

FreeBSD (the underlying OS of FreeNAS) is not the best virtualization guest: it lacks some virtio drivers, it lacks some OS features that make it a better behaved guest, and most importantly, it lacks full support from some virtualization vendors. In addition, ZFS wants direct access to your storage hardware. Many virtualization solutions only support hardware RAID locally (I’m looking at you, VMware) thus leading to enabling a worst case scenario of passing through a virtual disk on a datastore backed by a hardware RAID controller to a VM running FreeNAS. This puts two layers between ZFS and your data, one for the Host Virtualization’s filesystem on the datastore and another on the RAID controller. If you can do PCI passthrough of an HBA to a FreeNAS VM, and get all the moving pieces to work properly, you can successfully virtualize FreeNAS. We even include the guest VM tools in FreeNAS for VMware, mainly because we use VMware to do a lot of FreeNAS development. However if you have problems, there are no developer assets running FreeNAS as a production VM and help will be hard to come by. For this reason, I highly recommend that FreeNAS be run “On the Metal” as the only OS on dedicated hardware.
Josh Paetzel
iXsystems Director of IT
Part 2/4 of A Complete Guide to FreeNAS Hardware Design: Hardware Specifics >>