I am finally trying out VMs in FreeNAS, because I want to go away from having multiple computers for doing stuff...
The installation was quite smooth albeit slow, I have used the latest ISO from windows via their Media Creation tool.
Directly after the installation I installed the VirtIO drivers for the NIC and for a VirtIO drive, just to find out that windows locks up when trying to format a virtIO drive.
So I stayed at AHCI for the drives and VirtIO for the NIC.
The VM also has 16GBs of RAM and 8 virtual cores.

But still, my VM is randomly BSoD'ing.
The problem is "CRITICAL PROCESS DIED", caused by ntoskrnl.exe
Here is a screenshot from BlueScreenView: 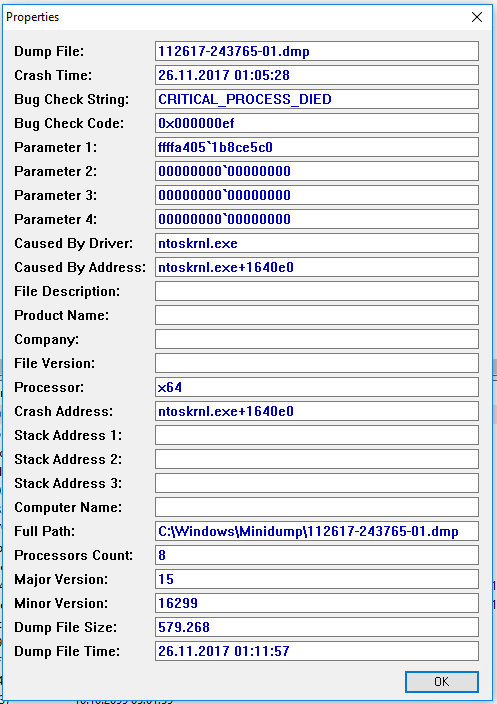 It seems to happen randomly, with just a Bitcoin node and some low load CLI applications running.
I attached the latest minidump, it happened tonight without any actual load on the system.
The FreeNAS Server itself is running super smoothly, no crashes, no errors whatsoever.
I am pretty sure that the host system is running without problems.

Am I missing some drivers or am I doing something wrong?

Were you able to resolve this? If not, which FreeNAS build version (from System -> Information)?