i am trying to install Freenas 11.3 on an old pc 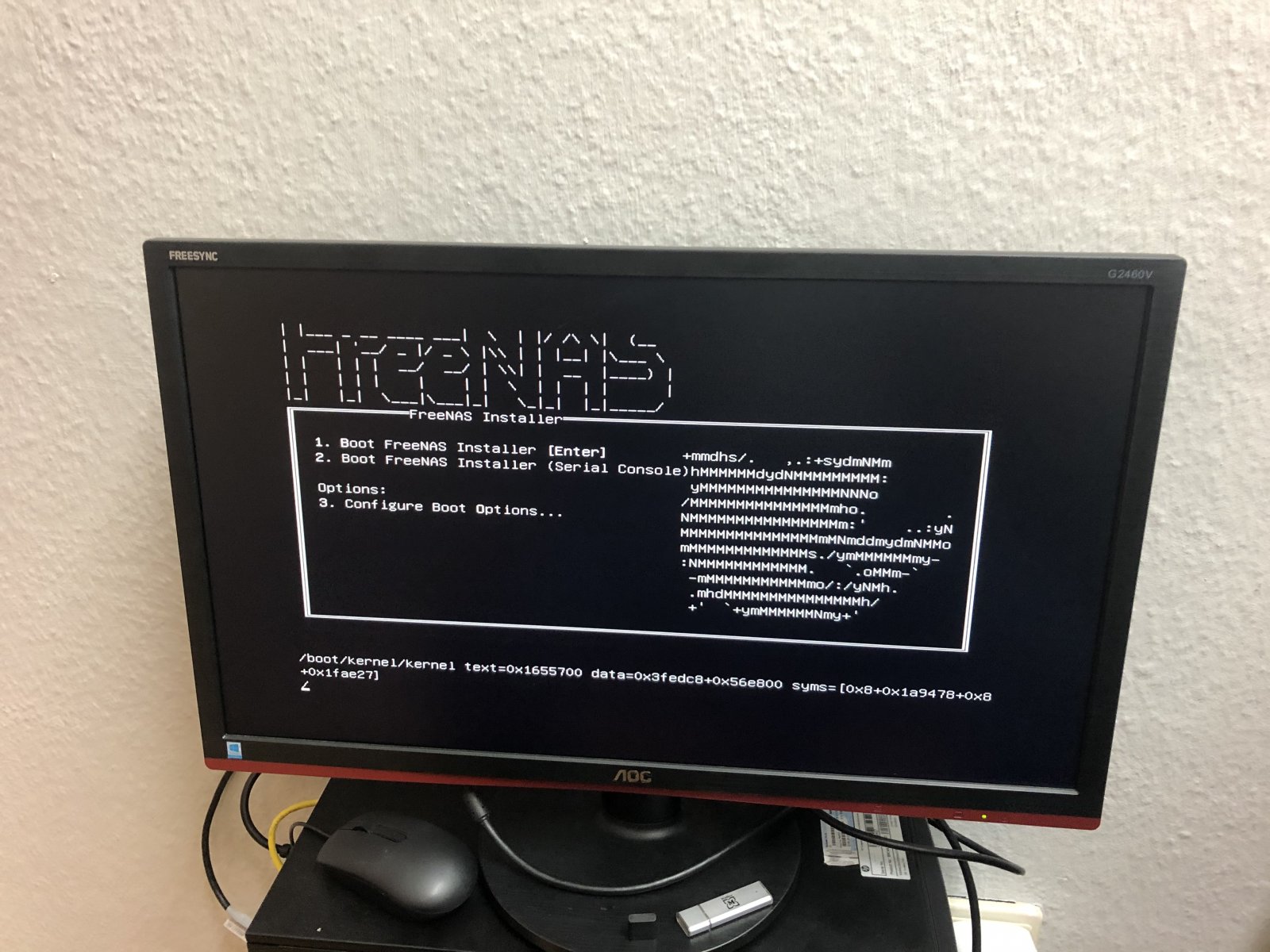 
i downloaded the iso file and made a bootable usb stick with rufus.

Anyway i haven't even got passed the installer because i get to the installation screen i press enter and the computer keeps rebooting and comes back to the same screen. i also atached a screenshot of the screen i am talking about.

i also tried other boot options but it still does the same.

This probably isn't much help to you, but I also have a HP Compaq Elite 8300 that I've been using for another role. It recently became free, so I thought I would put FreeNAS on it.

I installed FreeNAS on a different system, then plugged in the disk, and with no surprises at all, the installed image reboots at roughly the same time the installer image does.

I'm sure my hardware has no issues, I've used it for a variety of old jobs around the house. I'm now looking for an alternative to FreeNAS/TrueNAS due to lack of hardware compatibility from the product.
F

While it's disappointing nobody replied to your post for several weeks here, I can tell you with some confidence that the problem is with FreeNAS having a wonky and unreliable/dodgy UEFI implementation.

When the 8300 boots, hammer the ESC key, then press F9 to get to the boot menu, then choose legacy boot - don't boot from the USB device in EFI mode. You should be able to get to the installer then. Although, this experience should be enough of a warning for you that FreeNAS isn't meant for a wide variety of hardware/use cases. Maybe this is so they can sell more of their dedicated hardware?

freenas-user said:
Maybe this is so they can sell more of their dedicated hardware?
Click to expand...

Nonsense. If you think the implementation is wrong, feel free to submit patches or provide the FreeBSD devs with access to the misbehaving machine (which would seem to belong to the first generation which nominally supported UEFI) .
Simply put, supporting server hardware is tricky enough, in part due to UEFI implementations being a mess, though that's one of many challenges.
Main: FreeNAS 11.2
Supermicro X11SSM-F with Intel Core i3-6300 and 1*16GB Samsung ECC DDR4 2133MHz
6 * WD30EFRX WD Red 3TB in RAIDZ2 and 1*120GB SanDisk SSD (boot)
Sharkoon T9 Value with 2 * Icy Dock FatCage MB153SP-B 3-in-2 drive cages
Seasonic X-650 APC Back-UPS Pro 900

> If you think the implementation is wrong, feel free to submit patches

"Our product is broken, instead of complaining, fix it for us."

I won't get into a religious debate here, and while what you've said might be okay if you were running a pure open source community, you're working for a for-profit business selling NAS hardware products. I notice you have time to reply to me, but you didn't have time to reply to av12334 when he had a problem with your product due to a technically identified and confirmed fault with it, back on December 3rd.

But you do seem to have time to reply to me to complain about me offering suggestions around how he can work around the flaws in your product.

How about you go submit a patch to fix the problems we just highlighted in your product? At least I'm being constructive here. Where were you when he needed help?

Let's clear up one thing: I don't work for iX and my opinions are my own.
I honestly have little interest in troubleshooting random older desktops, there's enough troubleshooting to be done in hardware that would be widely used.
Now, if we were talking about a proper server of similar vintage, there'd be some traction (of course, things would most likely just work, but that's beside the point).

> Let's clear up one thing: I don't work for iX and my opinions are my own.

LOL, I do not agree with your statement. I'm a moderator and I moderate the forum (approving users, banning users, making sure people are basically kind, topics are posted correctly, etc.). That is all a moderator does. I do not get paid for this and I have been doing it a long time. As for iXsystems... I have said a few things that go against iXsystems in the past and while they did not agree with me, I'm still here. I've have different opinions from other moderators as well. It's okay to have an opinion that is not in-line with iXsystems so long as it's honest.

That problem has been documented a multitude of times on the forum, the UEFI does not work and to boot Legacy BIOS. As a moderator it's not my job to answer anyone's questions, it's to moderate as indicated above however when I feel like answering a question then I will becasue I have the time. Believe it or not, I have a job, a family, and a life, siting on the computer to read through a forum is low on my priority list. People should read the forum rules more where it comes to searching for an answer.

i only saw the reply now. In the meantime, i solved the problem. here is my workaround:

After that didn't work i thought about a week ago to try something else and namely I installed version 11.2 instead of 11.3 and that booted and I managed to install Freenas --- Yeeey!

There is definitely something in the 11.3 version that is not in the 11.2. But I have no idea what it is.

Hope this helps other users.