I ordered some "bare drive" Toshiba 3TB drives from Newegg a while back, got the drives in their plastic antistatic bags tossed into a cardboard box with some plastic airbags for the trip. A couple of airbags died and the drives bounced around, gouging each other. I took phone pictures, called Newegg's customer line. I emailed the pictures and was issued an RMA in an hour. The replacements arrived in four days, each in a specialized hard-plastic drive bubble carrier, and have since worked great. Newegg's shipment fulfillers are erratic, but they seem to make good on it.

On the Fractal Node 804: I have a very similar system just set up, with seven 3TB drives in RaidZ3. I moved one of the included three fans to pushing into the disk array from the front, leaving one pulling out the back. The disks sit at about 30-33C depending on positions in the hanging clusters. On an hour-long scrub none of the disks got over 37C in a 25C ambient room. The CPU temps got up to 44C. I was impressed at the disks only rising about 3C under scrubbing duties, presumably the hardest thing they'll be doing in real life. In my setup, a top fan isn't necessary at all. I was going to toss in a couple of Nexus 120mm's, but the three stock fans in the Fractal are plenty.

I used a supermicro X9 in this one and a Seasonic 400W 80+ gold. I don't know whether the X9 is staggering drive spinup or not (which I why I mention the mb at all) but the Seasonic 400W appears to start and run it just fine.

As a bit of kibitzing, do your photo files change any over time? Could you make do with archival backups of them, not rotating storage? If so, take a look at M-disc optical disks. They're the equivalent of DVDs, but use a different light-blocking media that is a non-organic mineral-oxides based stuff that is permanently altered by a hotter laser writing action. The provider says that accelerated life tests indicate multiple-century readability, far better than stock writable DVD stuff. I have moved some of my never-to-be changed images to this stuff. I guess I'll let you know in 200 years if I can still read them. :)

All my stuff arrived just before leaving for xmas. Plan on assembly today. Wee!


Ericloewe said:
My Reds from Amazon didn't arrive in retail packaging, but they had individual boxes with said plastic dampers. Comparable to retail packaging. Same thing goes for a WD Green I bought shortly after the Reds.
Click to expand...

I ordered my blacks from NewEgg. Not retail packaging. All in the same box. Each in an anti-static bag enclosed in air-filled pocket enclosure. I copied all my data to them with no problems so far. Installing in my PC today.

I ordered the HGST from Amazon (NewEgg has a code today... grrrrrr). They arrived in retail boxes. Each drive arrived in its own box.. Each retail box was secured in a cardboard enclosure and 'strapped' down by a plastic strip.

Z300M said:
The retail-packaged HGST drives didn't come with power adapters? Or perhaps you didn't even have enough Molex connectors free either?
Click to expand...

Ericloewe said:
Last retail-packaged HDDs I bought were just the bare drive (and maybe some screws), with no accessories. I imagine that's the norm.
Click to expand...

Z300M said:
The retail-packaged HGST drives didn't come with power adapters? Or perhaps you didn't even have enough Molex connectors free either?
Click to expand...

Just the drive, screws, and a manual (who reads those?!?!). Couldn't find the cable anywhere. Finally got a response from Seasonic-- it's available from a distributor. $5 for the cable $7 for shipping. Pffft.

Ericloewe said:
You can also get generic SATA expansion chains (one SATA in, several out). Or pretty much any combination you could reasonably want.
Click to expand...

Powered on the box today and got FreeNAS installed! Will post the obligatory photos of the build once I get the room cleaned up a bit. HAHA!

Confused about the networking, but will post in appropriate forum.

Y u no use Virtual Media via IPMI? ;)

True. I may have jumped the gun though. After I restart the computer, the drives are recognized. As some amount of time passes, they are no longer recognized. The data is still there. I can still read/write to the drive. Drives passes tests (WD Data Lifeguard Diagnostic).

Exploring two options. 1: Not enough power (I would think 750 W power supply is plenty). Unplugged 2 of the drives. 2: Something to do with SyncToy. Problem arose shortly after getting that setup. Disabled it's execution in task scheduler for a bit.

danb35 said:
Your power supply is plenty--with my 12-disk system, I rarely see as much as 200 watts power draw from the mains. I'd be concerned about your Highpoint card though--AFAIK, those don't have a very good record with FreeBSD.
Click to expand...

I'm confused... Are we not talking about hard drives in a FreeNAS system? If these are drives in your Windoze computer then why are we discussing them in this forum?

A few photos of my build. 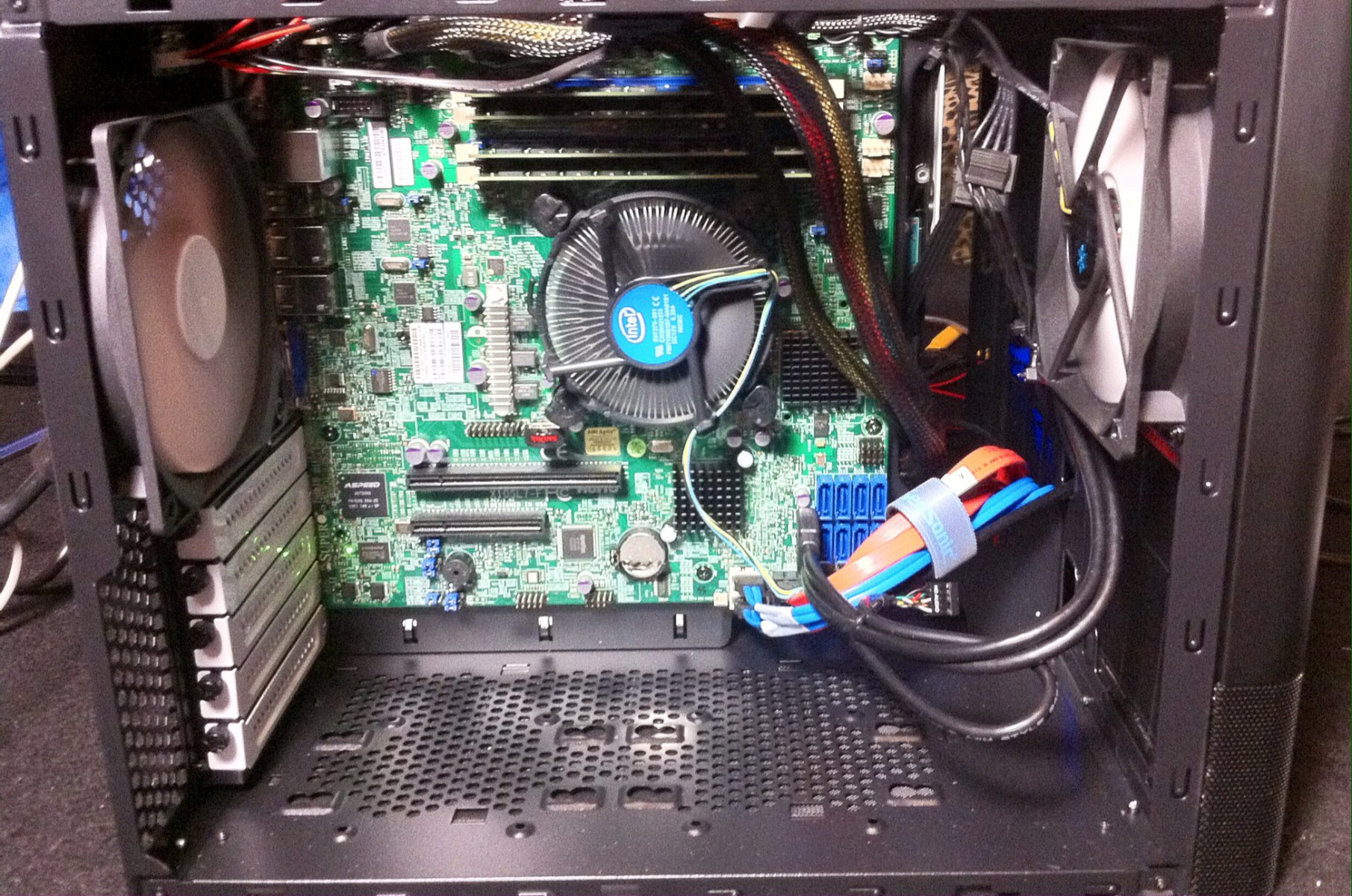 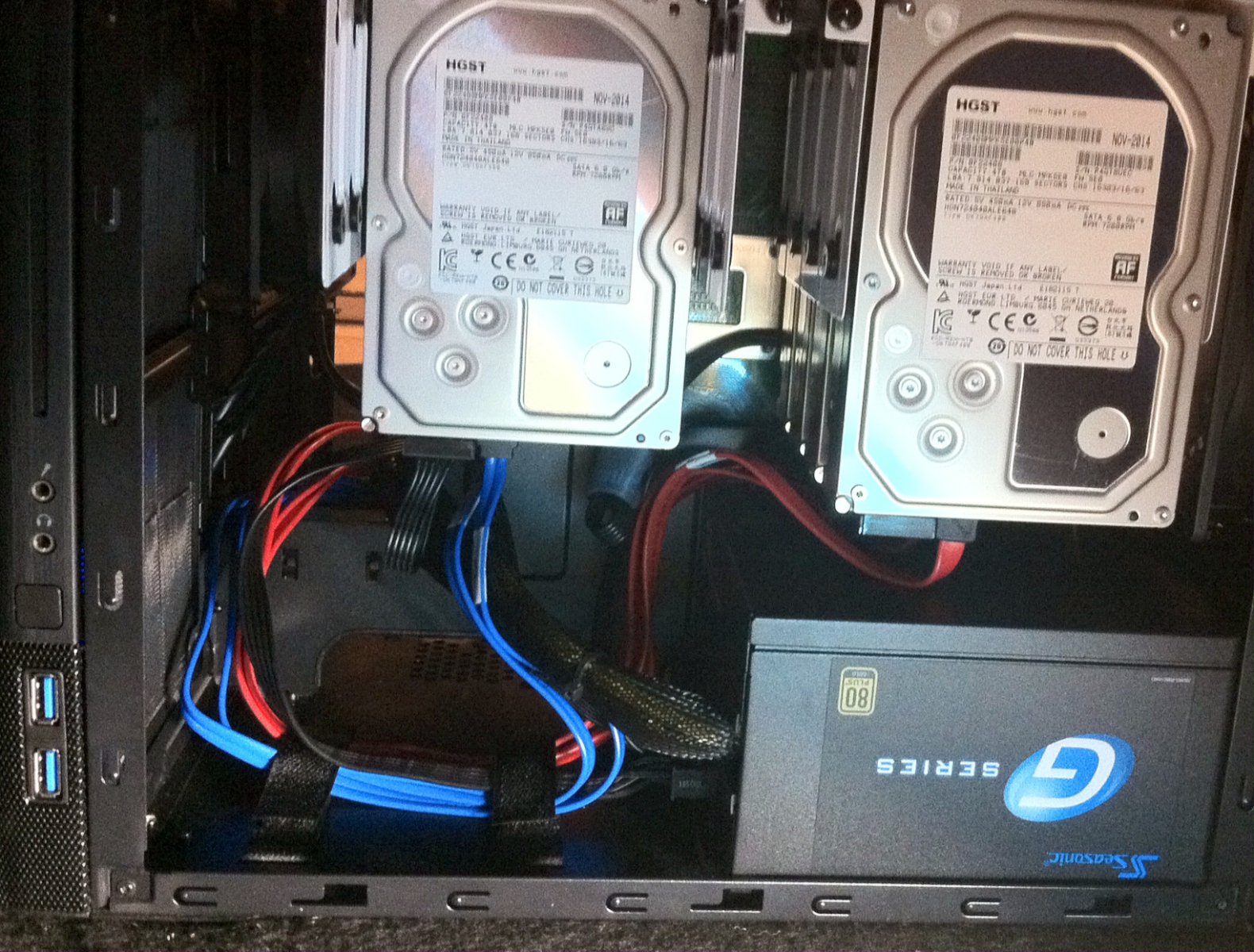 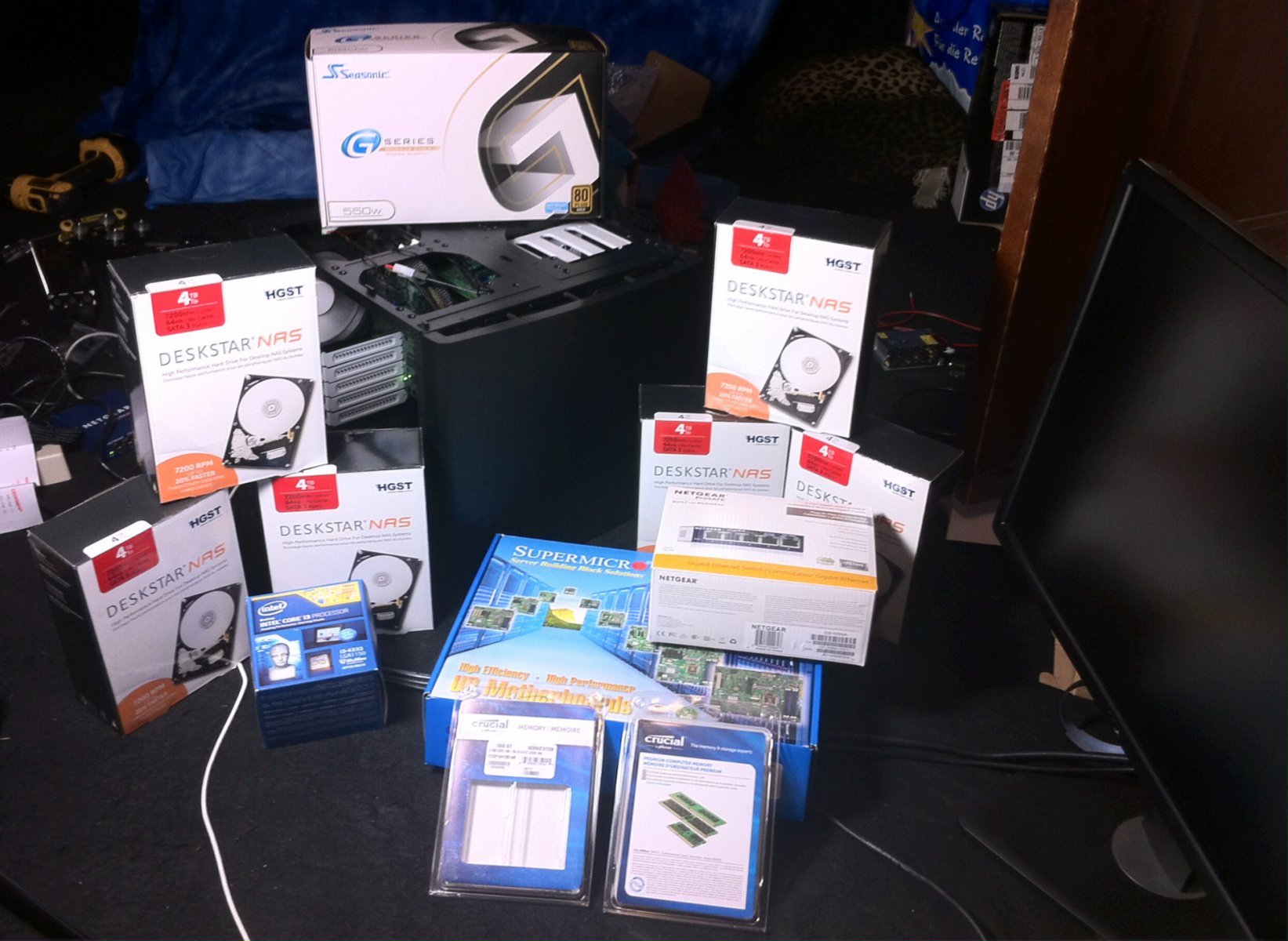 Jan 19, 2014
cyberjock
C
A
BUILD Little help would be appreciated

Feb 15, 2015
Athross
A
P
BUILD Hardware check would be appreciated