Menu
Log in
Register
Install the app
Register Now!
Register for the iXsystems Community to get an ad-free experience and exclusive discounts in our eBay Store.
You are using an out of date browser. It may not display this or other websites correctly.
You should upgrade or use an alternative browser.
Resource icon

Hard drives that write data in overlapping, "shingled" tracks, have greater areal density than ones that do not. For cost and capacity reasons, manufacturers are increasingly moving to SMR, Shingled Magnetic Recording. SMR is a form of PMR (Perpendicular Magnetic Recording). The tracks are perpendicular, they are also shingled - layered - on top of each other. This table will use CMR (Conventional Magnetic Recording) to mean "PMR without the use of shingling".

SMR allows vendors to offer higher capacity without the need to fundamentally change the underlying recording technology.
New technology such as HAMR (Heat Assisted Magnetic Recording) can be used with or without shingling. The first drives are expected in 2020, in either flavor.

SMR is well suited for high-capacity, low-cost use where writes are few and reads are many.

SMR has worse sustained write performance than CMR, which can cause severe issues during resilver or other write-intensive operations, up to and including failure of that resilver. It is often desirable to choose a CMR drive instead. This thread attempts to pull together known SMR drives, and the sources for that information.

There are three types of SMR:
- Drive Managed, DM-SMR, which is opaque to the OS. This means ZFS cannot "target" writes, and is the worst type for ZFS use. As a rule of thumb, avoid DM-SMR drives, unless you have a specific use case where the increased resilver time (a week or longer) is acceptable, and you know the drive will function for ZFS during resilver. See (h)
- Host Aware, HA-SMR, which is designed to give ZFS insight into the SMR process. Note that ZFS code to use HA-SMR does not appear to exist. Without that code, a HA-SMR drive behaves like a DM-SMR drive where ZFS is concerned.
- Host Managed, HM-SMR, which is not backwards compatible and requires ZFS to manage the SMR process.

I am assuming ZFS does not currently handle HA-ZFS or HM-ZFS drives, as this would require Block Pointer Rewrite. See page 24 of (d) as well as (i) and (j).

Just a heads-up: I converted this thread into a Resource. The thread will continue as the discussion thread for the resource, but I left the table out of the first post to avoid having two copies that might get out of sync.
Main: TrueNAS 12
Supermicro X11SSM-F with Intel Core i3-6300 and 1*16GB Samsung ECC DDR4 2133MHz
6 * WD30EFRX WD Red 3TB in RAIDZ2 and 1*120GB SanDisk SSD (boot)
Sharkoon T9 Value with 2 * Icy Dock FatCage MB153SP-B 3-in-2 drive cages
Seasonic X-650 APC Back-UPS Pro 900

Oh hahaha I literally just threw a report at you a few minutes ago asking you to make it into a resource. Thanks! ;-)

That rabbit hole went a little deeper than I thought it might, with HA-SMR and BPR.

I am thinking on how to detect a DM-SMR drive, since manufacturers are sneaky. One method, though it will take a long time, would be to write 1TB of zeros. The CMR portion of the drive won't be 1TB. The amount here could be reduced, depending on drive and CMR size. As this test would only need to be run once for any given manufacturer's model, I am not too concerned about the amount of time it takes.

Straight-up writing zeros in a large stream is probably not a good test, if the firmware team did their job right. You would need very random accesses to nearby LBAs, but then the firmware can optimize it as one large streaming read and return only relevant LBAs.

Realistically, one of the better indicators is number of platters, which is easyish to estimate. We're at what, 2 TB per platter with SMR or energy-assisted recording? The latter is very marketable, so it's not going to be sneaked into anything.
Main: TrueNAS 12
Supermicro X11SSM-F with Intel Core i3-6300 and 1*16GB Samsung ECC DDR4 2133MHz
6 * WD30EFRX WD Red 3TB in RAIDZ2 and 1*120GB SanDisk SSD (boot)
Sharkoon T9 Value with 2 * Icy Dock FatCage MB153SP-B 3-in-2 drive cages
Seasonic X-650 APC Back-UPS Pro 900

Really nice resource, thank you. Unfortunatelly it's too weeks late and I have a few wd red efaxes on the table. Anybody needs a paper weight?

@FJep , I very deliberately did not do that. One, that'll be quite the list, and two, with manufacturers getting a little sneaky, I am not sure how reliable that would remain. Better that people do their own research before buying drives.

Ericloewe said:
Realistically, one of the better indicators is number of platters, which is easyish to estimate. We're at what, 2 TB per platter with SMR or energy-assisted recording? The latter is very marketable, so it's not going to be sneaked into anything.
Click to expand...

I've gone through the platter size DB and added anything 2TB and larger 3.5".

After some research I believe I can say with confidence that the WD101EFAX is not SMR, it's a rebadged HC 330, as you can see they look physically identical and even have the same R/N code, so it's a 6 platter CMR drive, and the air version of the 10TB helium (WD100EFAX).

Excellent info. Getting ready to build a new systemm had a discussion with a friend having major issues with their new system. Learning about PMR/CMR and SMR and how it impacts ZFS. Found a few videos and links related to the subject

I’ve got the same situation over here; just purchased 2 x 4TB WD Red WD40EFAX and I’m trying to use them with ZFS in Linux (zfs 0.8.3 and kernel 4.17.14), on a HP Gen8 Microserver. The SMART info looks clean, except for the IDNF errors in the extended log. They show up during ZFS resilvering...

No, not mine, though I see why you'd think that.

Tron said:
Difficult or impossible to rebuild RAID 5 and RAID 6 arrays with SMR
Click to expand...

I also read that but IIRC there were several users here who successfully resilvered one or more devices using WD SMR drives, and except for the extra long time there were no errors, I mysself had a pool with Seagate SMR drives some time ago and never had issues with resilvering (except for how long it took), and I resilved 8 drives.

Thank you @Tron , I added those two YT videos to the resource.
That long resilvering time you link is unrelated to SMR, those were CMR SAS disks and the issue was with scheduled snapshot creation.
The IDNF errors appear to be a WD Red firmware issue. WD needs to acknowledge this as an issue, and fix it. Until then, using SMR WD Reds even in archive use cases is fraught. Results with Seagate Archive v2 are encouraging, 4.5 days resilver time for an 8x8TB raidz2 in the linked test. 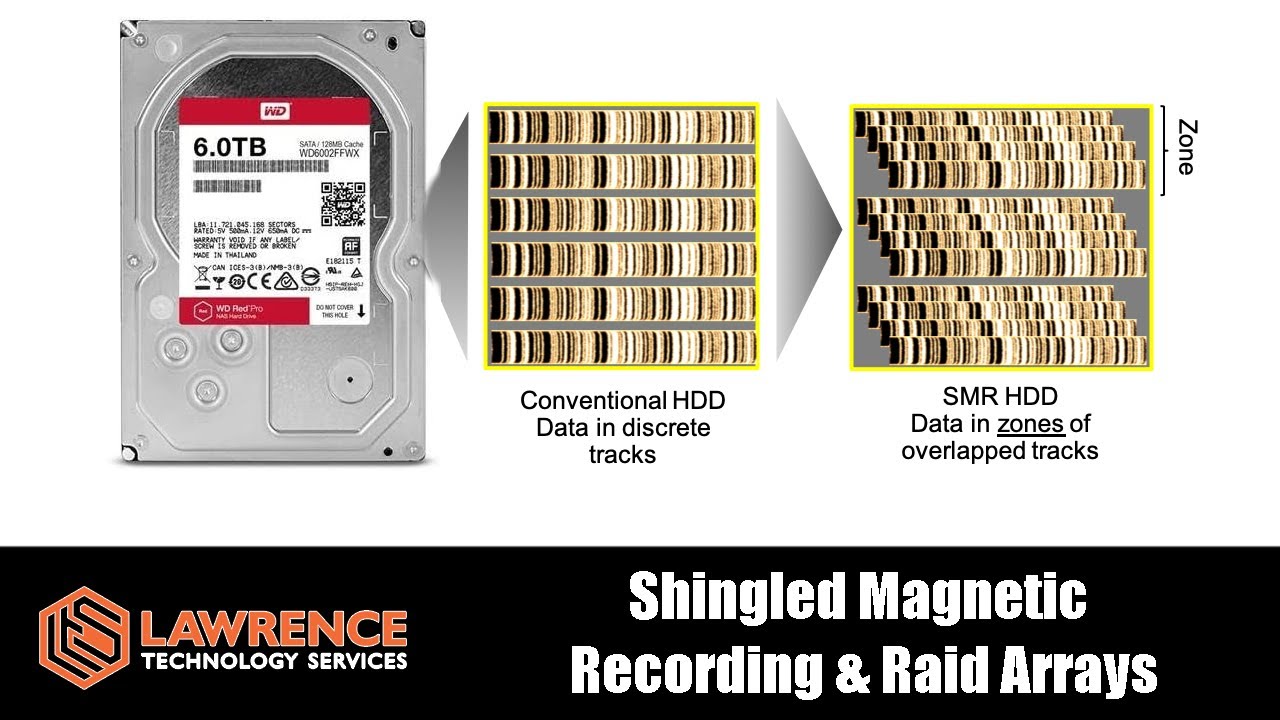 - Sequential resilver, random I/O is murder on SMR.
- Fusion pools, keep metadata and small files on SSD, so that SMR disks don't have to deal with those data.

D
Example of SMR ugliness, even on reads