Joon said:
Awesome photo! Can we share this on our social media channels? If so, please send me your Twitter username (if you have one)!
Click to expand...

If you meant my post, sure. I have no twitter or Facebook account.
Modified Lian Li A76 case with SuperMicro X10SDV-7TP4F with 128GB of ECC RAM and a Z3 pool consisting of eight HGST 10TB HE10 drives, three 1.6TB S3610 Intel SSDs for the sVDEV, mirrored 64GB SuperMicro SATADOM boot drives, a 1TB Samsung 860-series mSATA L2ARC, and a Intel P4801x Optane SLOG, onboard SFP+ with MM fiber, riding the TrueNAS 12.x train @ 106 W/hr.

No fancy LED panel, alas. bhyve stability has been increased by 33%.

I'm I missing something for EU delivery? Same again hard to justify! 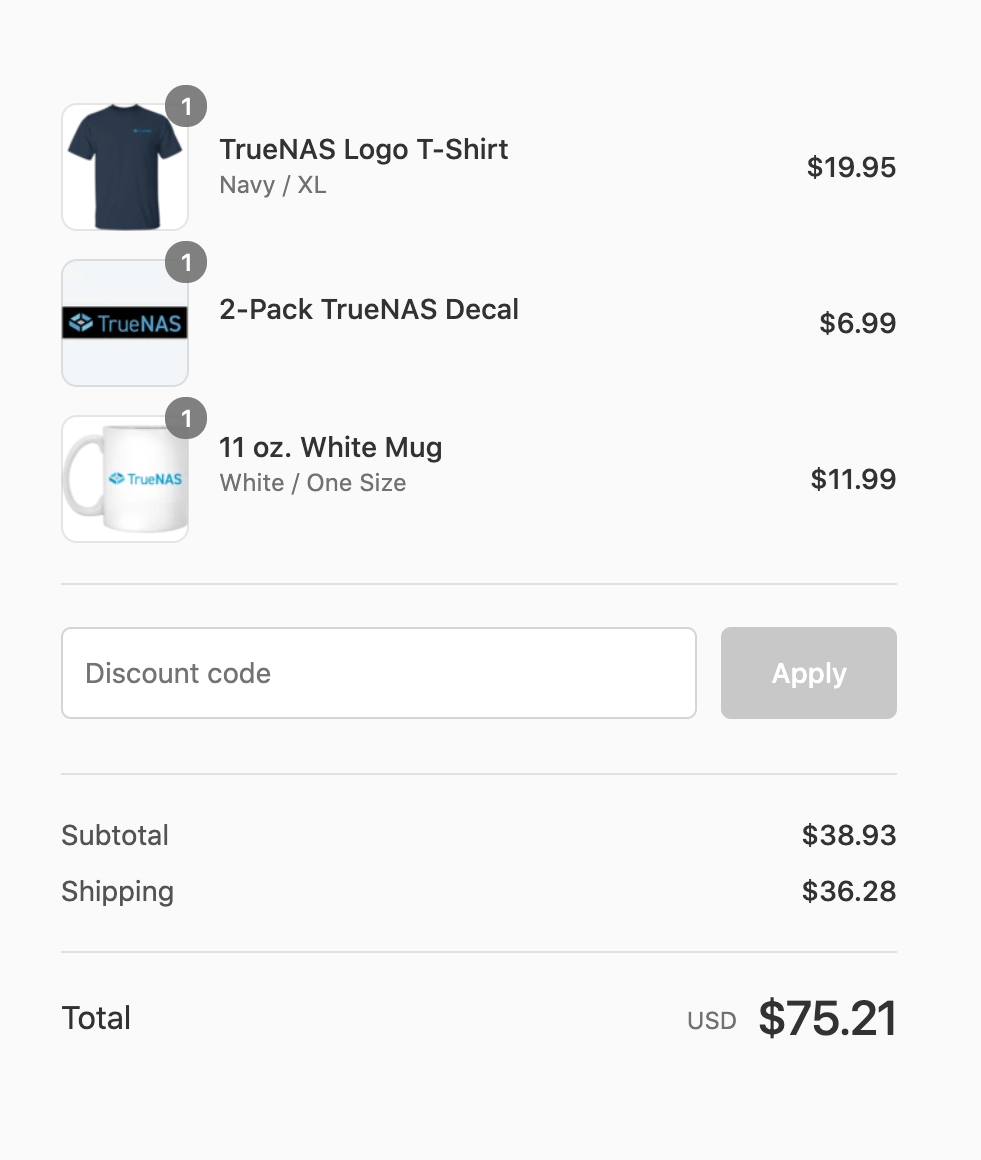 Sorry Adrian. Can you PM me and let me know the country you're trying to ship to? Something is clearly wrong with the shipping algorithm.

JoshDW19 said:
Sorry Adrian. Can you PM me and let me know the country you're trying to ship to? Something is clearly wrong with the shipping algorithm.
Click to expand...

JoshDW19 said:
Good news! It's looking like I'll be able to get the price down substantially on shipping stickers to Europe (and many other international areas). I was reading that we can ship them as "letter flats" instead of "envelopes". Since the packaging is thin and rigid, it can go by letter rates for a considerably better price internationally. I have to crunch some more numbers and make some modifications to the shipping system but I think it will get sticker-only orders around $5(ish) internationally and $3(ish) domestically.
Click to expand...

I was browsing the forum and I saw this post. So, there is a EU store and I might be buying something in the near future because, you know, I have been using freenas/truenas for years now and never had the chance to actually buy anything from you people. Import taxes: big problem, living in Italy (or most other European countries, for that matters).
Shirts, caps and stickers are fine and I guess you make fine profits on them, but in general I would also like to buy something useful. And I thought: why aren't you selling other stuff that is related to what you do? Like... HDDs, SSDs, cables, HBAs and USB flash drivers At least in the USA. Just saying. I mean, if I had to pay some dollars more for a hard drive, I would like... If I knew it was appropriate for my system and it was shipped in appropriate packaging, TrueNAS approved. I mean, there is some nasty boxing going on at Amazon sometimes, and even reknown tech resellers do scary things...

Well, I don't know, maybe it's a stupid idea.

Maybe I should become a TrueNAS reseller myself. Mmm... How's the situation of TrueNAS resellers in Italy and Central Europe in general? Do you know? Can you tell?
Alessandro