I'm trying to setup some storage on some old obsolete SuperMicro hardware I got for free by hauling it off the property so the former company didn't have to ( :D )
It was running Nexenta a few years ago, then got shut off due to being replaced with newer hardware. 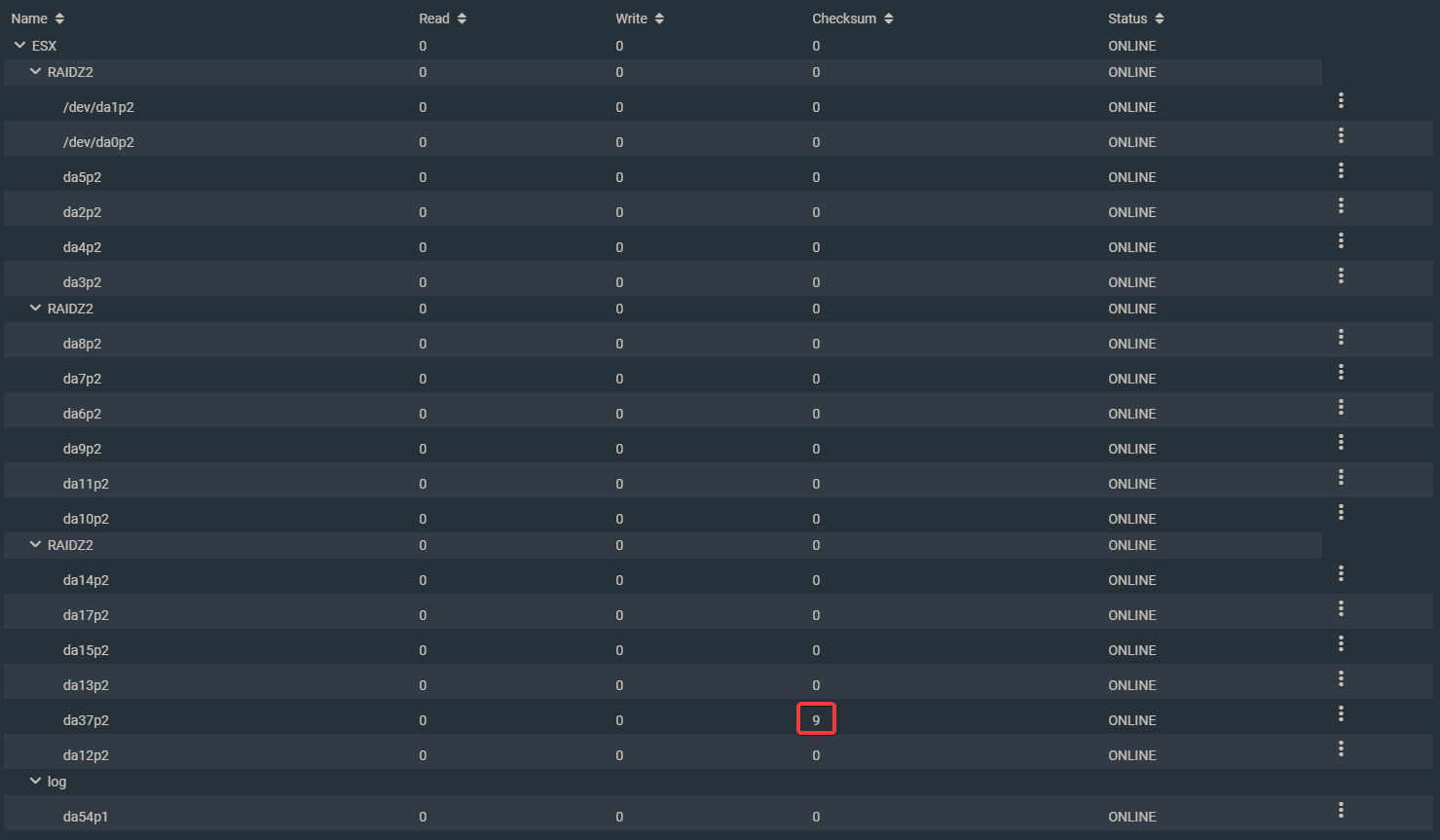 It's composed entirely of 300gb Seagate SAS drives, LSI controllers of sorts and one SSD for log.
~90GB RAM, Intel Xeon 8-core something or the other from around 7 years ago.
Compression and dedupe is enabled.

The strange thing is, the last of the RAIDZ2's keeps having one disk go bad with checksum errors.
No SMART errors reported.
If I replace the disk, it'll resilver fine and then the checksum errors start again.
This will happen even if the disk is in another spot in the enclosure, or even in another enclosure!

Along with this, /var/log/message get's spammed with this:

I've opened up the enclosures and the server and checked for loose connections, dust etc. all looks good.

I'm at a loss here guys.

Has the pool gone through a scrub and still showing checksum errors?
Which version of FreeNAS or TrueNAS are you running?

Cables are good, it's an old SC213 chassis with two LSI SAS controllers in each enclosure.
As I mentioned I can choose any physical drive, on a completely different controller and / or enclosure, and it'll do the same thing.
Resilver always completes, then starts tossing checksums after maybe 10-15min.
Scrubbing completes but doesn't fix it.
FreeNAS 11.3 U4.1
For good measure I powered it all down and replugged all the SAS connectors, molex power and reseated the drives. Still the same.
M

I'd suggest filing a bug report...... if you can provide access to your system remotely. If neither resilver or scrub fix the problem, there is unusual behaviour here. It will probably be almost impossible to reproduce and may be hardware related.

The good news is that with Z2 your data is safe, you can still lose a drive and have a checksum error.

Does the checksum count increase overtime.... might be only one bad block/checksum and it counts each time it is accessed.

I assume RAM is ECC?
D