I've been having some major headaches trying to re-install truenas core. I had an installation of 12 that was running well for quite a while before it started crashing ever few days, and eventually stopped booting.

Currently, I'm unable to get far into the installation process for any version of truenas I've tried so far (core 12, core 13, and scale 20.04). Below is an image of the output after getting as far as selecting a drive and setting a password. (apologies for the glare, I can't actually take as screenshot of course). 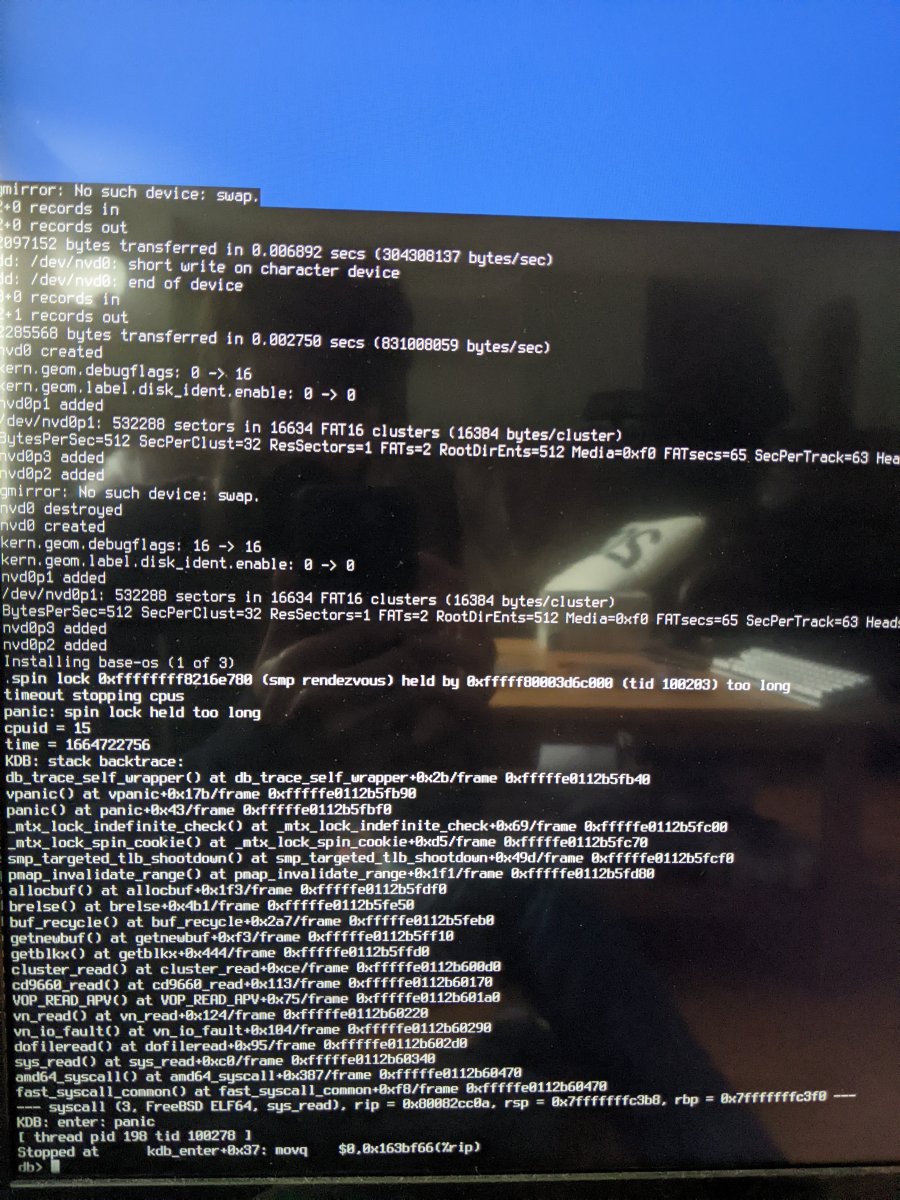 I've also tried running off of different install usbs, and I've tried using balena etcher and rufus to create images.
You must log in or register to reply here.