I've recently migrated my Ubuntu 18.04 install to TrueNAS SCALE 22.02-RC.1-2. I'm facing an odd problem with the SCALE UI where it errors out when I try to modify permissions on an imported dataset. Here are the steps I followed: 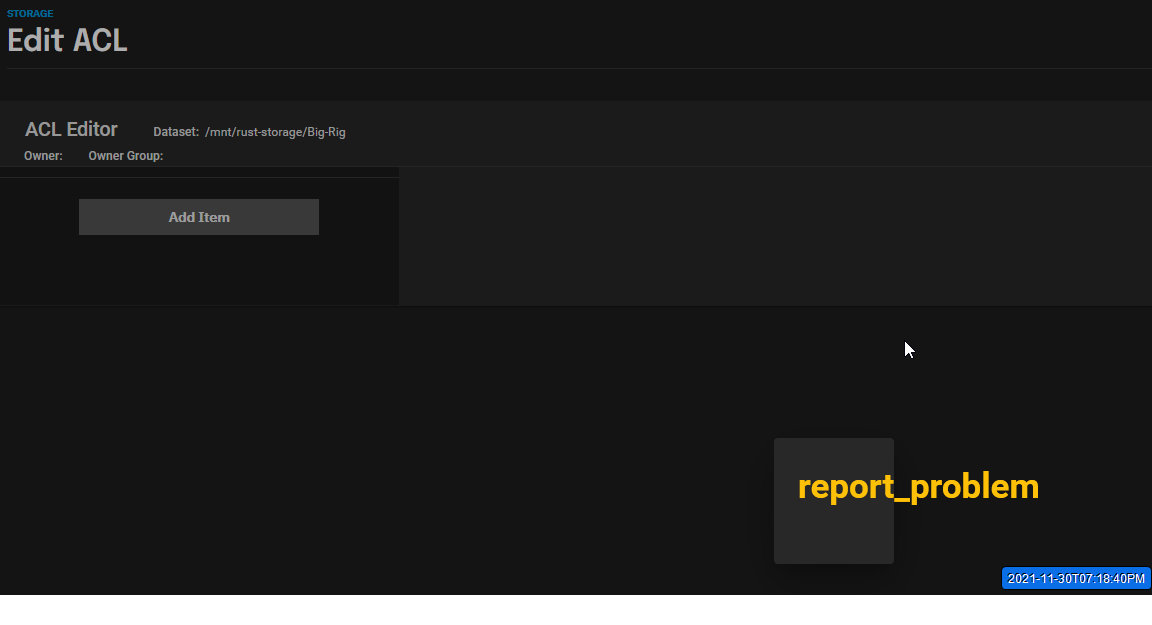 Thinking it might be an issue with the odd UID's, I removed one user which had a low UID and re-created the user with a normal UID. I changed the permissions for this dataset to match with the new user as well. However, trying to modify this dataset also shows the same error.

The only datasets I can view permissions & modify are those that were created from scratch in the TrueNAS UI. Has anybody seen this type of error before? I can't find any threads on the forum that might be relevant but happy to be corrected.

What is output of `midclt call filesystem.getacl /mnt/rust-storage/Big-Rig` ?
SMB Permissions Overview
A

anodos said:
What is output of `midclt call filesystem.getacl /mnt/rust-storage/Big-Rig` ?
Click to expand...

I got an ENOENT error when I ran this command and when I looked a little closer, I realized I had made a PEBKAC error. When migrating the ZFS pool from Ubuntu to TrueNAS SCALE, I had to change the mountpoints for the individual datasets. However, instead of setting the mountpoint to "/mnt/rust-storage/Big-Rig" I had set it to "/mnt/rust-storage/backup/Big-Rig" (the "backup" string being a copy-paste error from the old config).

When I fixed the mountpoint, the ACL screen started working normally. Thank you for helping me figure that out!
You must log in or register to reply here.