Thought I'd share my FreeNAS build with the community. This is my first NAS, goal was to have some sort of backup and share files between 3 computers and PS3 at home. I wanted to leave it on 24/7 and not have a killed electric build, my NAS should technically consume less than 40-45W total.

Pretty straight forward. Originally I planned to just do a RAID1 NAS and call it a day, but my friend suggested to at least make it RAID5 for easier upgrade. I tried to use the USB stick FREENAS but it was missing some feature (forgot what it was now) and I had a 1GB CF card laying around so i went to buy a CF-to-SATA adapter and put FREENAS on it (a friend of mine later on donated his 8GB).

Technically I could get a 90 degree bracket and put a 4th HDD in there, but i think i will just leave it at that for now. The box runs very quiet with minimal heat from the HDDs, I believe I could make it run close to silent if I upgrade the fans.

The RAIDMAX case was surprisingly well made for its price, 90% of the edges are rounded/rolled, look clean and weight like paper but sturdy, the only complaint i have for it is that there is no reset button. :)

I would still recommend the HP N36L as the perfect case/motherboard/storage for a small and quiet NAS, and it's only slightly more expensive than your case/motherboard/PSU combination but with much less hassle and with more room for disks.

Slide in your disks, boot FreeNAS from a 2GB USB stick and you're done, although additional memory (4GB/8GB) is always nice, particularly for ZFS.

codenamezero, can I ask you why you used the 20-24 pin adapter. I have MSI E350IA-E45 on which I've installed a 20-pin 90W picopsu. It won't boot. The cpu fan spins for a moment then stops. All the material I've read says that the 20-pin picopsu should work fine in the 24-pin MSI. I'm wondering if you had the same problem.
Thanks.
C

rgduarte said:
codenamezero, can I ask you why you used the 20-24 pin adapter. I have MSI E350IA-E45 on which I've installed a 20-pin 90W picopsu. It won't boot. The cpu fan spins for a moment then stops. All the material I've read says that the 20-pin picopsu should work fine in the 24-pin MSI. I'm wondering if you had the same problem.
Thanks.
Click to expand...

Yes, the 20-to-24 pin adapter was just for completeness and easier to tap into the wires. I had a broken PSU laying around, so i cut the 4 pins molex connector for the CPU and tap into the 12v from the adapter.

You can see all my pictures here, with the descriptions. 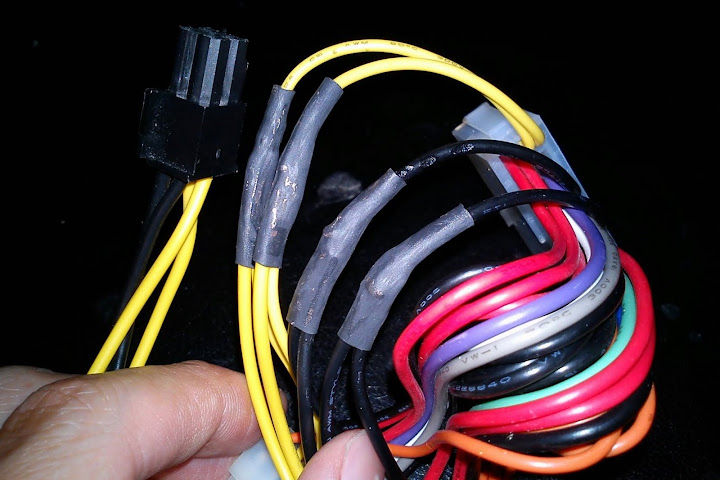 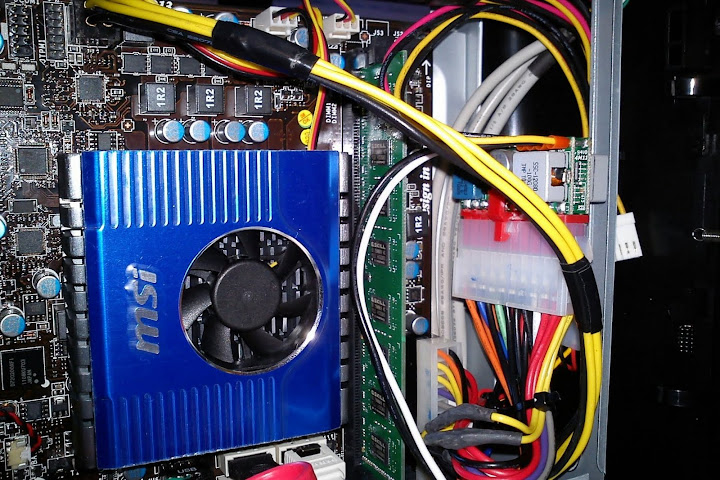 It won't boot because you are missing the 4 pin molex connector plugged to the motherboard. 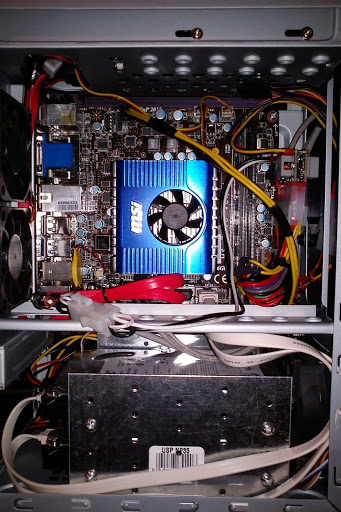 Here's a pic of the picopsu. It does have the 12v 4-pin molex but it won't boot. 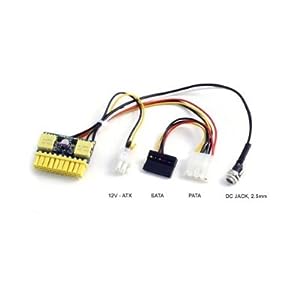 So you put in the 20-24 adapter to complete the look? Does it boot without the adapter?

It won't boot because without my hacked adapter, since i wouldn't have my 4 pin molex for my CPU. But i tested it with an old huge brick PSU before that was 20pin + 4 pin molex, and it booted with the 20 pin. have you try your picoPSU on another computer? Try unplug everything from the motherboard, and just boot with the ram.

I recently experimented with a Supermicro/Xeon build - notes can be found elsewhere in the other hardware forum. While it won't ever be quite as efficient or small as this setup, a drive-less system can still end up in the 40's watt range, idle, and it leaves lots of room for virtualizing other things alongside it. Or just to make sure that your fileserver never becomes a performance bottleneck, haha. Lot more expensive, of course, but the way I see it, the days of standalone systems are severely numbered.