I am maintaining three repositories on GitHub for these purposes:
These are all POSIX-compliant shell scripts that I've 'linted' at www.shellcheck.net, so they're free of syntax errors and all seem to work well. I use slightly modified version on my systems.

Contains my versions of @Bidule0hm's code from his "Scripts to report SMART, ZPool and UPS status, HDD/CPU T°, HDD identification and backup the config" thread. My motivation in setting this up was to have a readily accessible place where users can find them -- @Bidule0hm 's original thread is so long that it's unwieldy trying to navigate it looking for the latest suggested modifications. I've made a few bug fixes and enhancements (e.g., supporting 18-character serial numbers vs. only 15 in the original version of smart_report.sh). Here is a list of what's available:
Repository: github.com/Spearfoot/disk-burnin-and-testing

Contains disk-burnin.sh, a shell script for testing/burning-in drives. This was inspired by @qwertymodo's "How To: Hard Drive Burn-In Testing" thread and by my being lazy. It's not specific to FreeNAS: I typically run it on an old Core 2 Duo system equipped with 8GB of RAM and a Dell H200 HBA running Ubuntu Sever 16.04.02 LTS. It queries the disk for the short and long SMART test durations, calculates the appropriate sleep periods, and then runs this series of operations:
I will endeavor to keep these repositories up-to-date with bug fixes and suggested changes as time goes by... and everyone is welcome to submit pull requests, too! :)

Contains a pair of shell scripts for using rsync:
Full description and examples are available on the GitHub repository.

Here are typical rsync module settings I use on my FreeNAS 11.2-U8 systems: 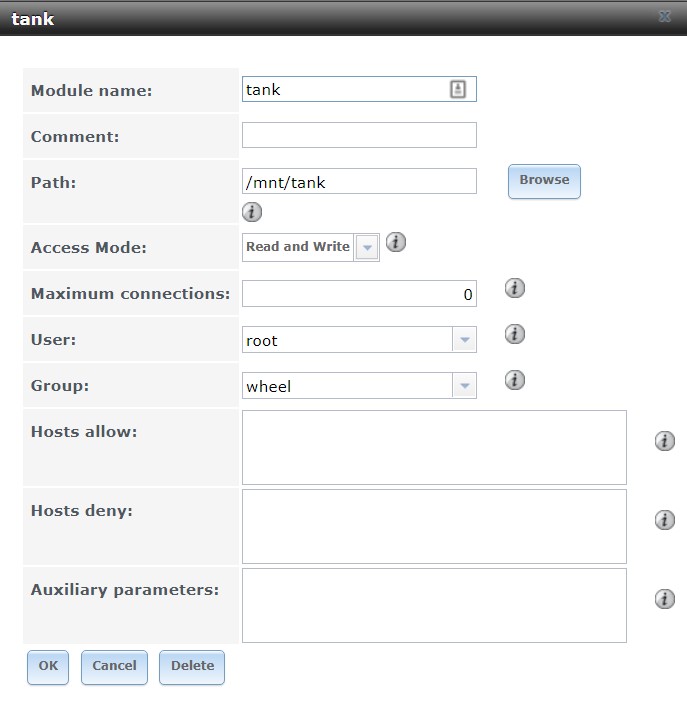